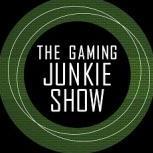 How to add territory flag to your exile server

11 posts in this topic